NHS funding and the general election

NHS funding and the general election

NHS funding is a key area of debate in the current general election campaign; but exactly what is up for discussion, and how might this affect local health economies?

The NHS – and in particular NHS funding – is likely to be centre stage in the current general election campaign, right alongside Brexit.

The general election on 8 June is three years earlier than was anticipated when 2015’s five-year spending review was conducted. Consequently, it’s possible that the new Government formed after the election will conduct a new spending review; and if this happens then there’s scope not just for change to the level of funding, but also for change to what the funding must cover, and how the funding is distributed across England. But perhaps that is wishful thinking.

Commissioners and providers formulated their strategic and operational plans based on the five-year funding agreement set out in 2015’s spending review.

Plans for transformation of services had to be possible within existing funding; and hard decisions had to be made on what was affordable at the day to day, operational, level. But healthcare finance professionals have a good sense of what could be done differently with more funding, and will have a view about how much extra funding is needed in their local health economy. Any new spending review might give them the opportunity to put some of these ideas into practice.

How funding set at a spending review flows from central government to commissioners via the Department of Health and NHS England, together with the spending constraints commissioners are required to operate within, are all determined through a number of separate but connected allocations and budget processes. These are complex processes that two new briefings from the HFMA explain in simple, straightforward terms.

In summary, there are three key areas that might be subject to pre-election debate and post-election review:

The overall level of health funding is arguably the most likely issue to feature in pre-election political debates. If the total amount of funding changes then the allocation to the Department of Health would change and in turn their allocation to NHS England. Alongside this would come changes in expenditure limits set for the Department of Health and NHS England. Here there would be the potential to discriminate between capital and revenue spending (which are subject to separate spending limits) and address any perceived current imbalance between these types of expenditure.

Were new funding to be provided, the Government would of course want a say in how it is used (we have already seen for example Labour propose the reintroduction of student nurse bursaries and the abolition of car park charges, which would have a clear cost impact). And so, with any new spending review will come a new mandate and set of financial directions from the Department of Health to NHS England on what must be delivered for that funding.

We are less likely to hear any mention of the process for allocating the overall health pot to local commissioners in the pre-election debate, but local allocations might well be updated if there is a new spending review.

In some ways, the fact that this isn’t likely to be debated before the election is surprising. The allocation process –  via a weighted capitation formula – is how governments put key policy goals into practice, aiming for equity of access for example, despite different populations having a different age make up and different levels of need. It’s how they attach money to promises to address health inequalities.

It is even more surprising given some areas are below their fair share of resources according to the current capitation formula - and moving to fair share might well have a bigger impact locally for some areas than an overall increase in the health budget. A different pace of change policy might also worry areas currently over their target allocation.

But then again, perhaps it’s not that surprising given the complexity of the issues here (too complex to be explained on the side of a bus for certain). The HFMA guide to the allocation process from NHS England to clinical commissioning groups is concise enough to help members quickly get up to speed or refresh their knowledge.

Healthcare finance professionals will be watching the election and the new Government’s healthcare policy announcements with a keen interest. 2017/18 and beyond could end up looking quite different from how we thought it would a few weeks ago. Or it might look exactly the same.

To access all the HFMA’s briefings, including our briefings on the allocations systems, become a full HFMA member here. 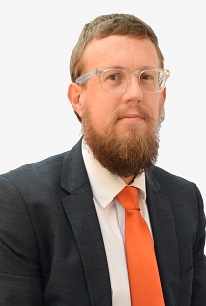