The aligned payment and incentive system will provide a single framework for secondary care financial flows, but the real test will be if it encourages system working

The NHS continues to face significant pressures from the Covid-19 pandemic, with some 20,000 coronavirus patients in hospital beds – three times as many as at the beginning of October. However, the service will take a step back towards normality this year with the end of the emergency finance regime and the reintroduction of local contracting.

Block contracts were introduced in 2020 to enable the service to focus its whole attention on its response to Covid and then start the recovery process. It has helped significantly, underpinning a collaborative approach across the NHS, that has characterised the service’s response.

But the emergency finance regime was always intended as a short-term measure. And for 2022/23 there will be a new financial framework that puts a renewed focus on efficiency and productivity improvement and sees a return of local ownership for financial flows.

The aligned payment and incentive (API) approach will see providers and commissioners agreeing contracts again for the first time in two years. With the introduction of integrated care boards being delayed until July, this will mean that clinical commissioning groups agreeing contracts in the first instance, with those contracts then being taken over by the new boards once they are up and running.

API is described as a type of blended payment, using fixed and variable elements from the blended payment framework that was first introduced as a default mechanism in 2019/20. The new name distinguishes it from that earlier system, which was first focused on emergency care and mental health.

There is a lot to commend in the new approach. For a start it covers almost all secondary healthcare – importantly including acute, mental health, ambulance and community services. The previous mandatory tariff had been firmly focused on the acute sector, with increasing activity driving acute spending, while community and mental health service block contracts remained relatively fixed regardless of activity changes.

The API will apply to all commissioners and providers within an integrated care system. It would also apply to services commissioned between systems, where the contract value is £30m or more. And all NHS England specialised commissioning activity will also be covered.

Perhaps the most eye-catching element of the proposals is the new variable element for elective activity that payment system guidance makes clear will replace the Elective Recovery Fund that was used in 2021. This will see activity over an agreed baseline paid at 75% of national or unit prices, with funding for shortfalls in activity removed at 50%.

But it is arguably the fixed element, and agreeing the baseline for activity, and hence the point at which the variable rate will kick in, that is most important.

At first glance, this looks relatively straightforward, at least initially, with the national tariff consultation suggesting the block payments for the second half of 2021/22 as a starting point. But this fixed element will need to reflect the costs associated with a system’s planned recovery trajectory. And the planning guidance is calling for systems to deliver 10% more elective activity than before the pandemic (2019/20), while also reducing long waits.

So, the fixed element will need to reflect the costs of these ambitions. Many trusts are already struggling with significant vacancies, even without the absences driven by Covid. Realistically, hitting the increased activity requirements will mean waiting list initiatives, with trusts’ own clinicians paid a premium for additional shifts, and significant use of the independent sector.

Expecting a 75% variable element to cover these costs seems unrealistic, so the fixed element will have to do the heavy lifting, covering the expected activity at the actual cost. And there is an argument that could be made that while the 75% rate might reflect the general assumption that three-quarters of costs are variable or staff related in normal circumstances, it will never be sufficient to cover additional activity outsourced to the independent sector.

In any case, the centre presumably would not want the payment system to provide a disincentive to take up further available capacity.

NHS England and NHS Improvement have not dictated how the fixed element should be calculated, although the aim is for it to be based on a realistic level of activity and the actual costs of delivering that activity. Some providers will produce plans at a detailed healthcare resource group level. For others this might involve significant extra work. Instead they would be looking to produce something based on activity and cost uplift assumptions. But getting the fixed element as close to accurate as possible will be absolutely key to the system working.

The proposed variable element should also be used to adjust for under-attainment against Commissioning for Quality and Innovation (Cquin) scheme metrics and to reflect actual performance against best practice tariff criteria compared with the level assumed in the fixed element. There were already concerns raised, in the earlier engagement about the move to API, that the relatively small sums involved in Cquin did not justify the costs of administering the scheme.

It is possible that the inclusion of adjustments in the variable element may see early action in systems seeking variations from the new API system.

And that is perhaps the other big change in API. Under the activity-based national tariff system, local economies were meant to report any variations from national rules. But this did not happen in a comprehensive way. A strengthened requirement for approval for any departure from API is an attempt to avoid the hotchpotch of different payment approaches that grew up under the tariff, with systems following elements of national tariff rules and often adopting block contract and other risk-share arrangements.

The clear aim is to have all systems operating under a single overarching framework. This year’s first run through the agreement of local contracts under the revised payment system will be a major learning experience. API is undeniably a work-in-progress.

The return to local contracting will place demands on systems and the individual bodies within them. Perhaps the key indicator of success will be if the API approach encourages system working. Will it lead to realistic upfront assessments of the activity and costs of meeting population need? Or will it lead to tariff-like behaviours with providers and commissioners creating contingencies and focused on organisational financial interests.

Expectations also need to be realistic. However well a payment system is designed, it will fail if there is insufficient money in the overall funding pot. 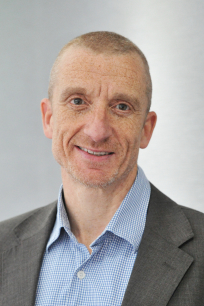 Information governance for costing at a system level