Learning from the DSRIP nation

Learning from the DSRIP nation

New York State is in the middle of a fundamental restructuring of its Medicaid healthcare delivery system, with a new incentive system linking payments to predefined results. HFMA UK was invited to send a delegation to a recent update event

Those of you who attended the last HFMA annual conference should be aware of the work of the New York Medicaid programme inspired by its eloquent director Jason Helgerson (pictured below).

Jason invited a few of us to attend his recent DSRIP learning symposium in Staten Island. The Delivery System Reform Incentive Payment programme is New York’s attempt to introduce integrated healthcare underpinned by a reformed payment system. It moves away from the typical ‘fee for service’ model to incentivise providers to reduce avoidable hospital admissions by 25% over five years and encourages innovative investment in out-of-hospital services. Bill Gregory* (HFMA’s president to be following Alex Gild this year) and I arrived wondering what we were letting ourselves in for. The US-insurance based system provides a very different context for healthcare than we have in the UK. And we were about to discover that the US rivals the NHS in terms of frequently used, confusing acronyms. But at its heart the reforms in New York mirror very closely the transformation challenges we face back in the UK.

First let’s deal with some basics. The US has two big publicly funded health programmes, dating back to 1965. While US healthcare is an insurance-based system, these two programmes provide for specific parts of the population. The federally funded Medicare programme is for senior citizens and typically kicks in about 65 years of age. Medicaid on the other hand – the focus for the New York reforms – is jointly funded by the federal government and individual states to provide healthcare coverage to people on a low income. The Affordable Care Act – or Obamacare as it is colloquially known – aims to extend the coverage of Medicaid.

In response to an unsustainable growth rate on Medicaid spending in New York State, a Medicaid Redesign Team (MRT) was created in 2011 to lower immediate spending and propose future reforms. The DSRIP programme was launched in 2014 as the main mechanism to implement this fundamental restructuring, with the state being allowed to reinvest some $8bn of federal savings generated by the MRT changes.

The aim is to make providers accountable for the health of their collective populations, delivering integrated care that focuses on better outcomes for all. Participating providers have been required to organise into 25 Performing Provider Systems (PPS) – probably most equivalent to our own emerging integrated care systems and sustainability and transformation partnerships.

PPSs aiming to receive DSRIP payments submit project plans to the state selecting five projects from a predetermined list. These projects, arranged in different domains, target specific areas of improvement. For example, a health home at-risk intervention programme looks to expand community primary care services and develop integrated care teams. Other project examples aim to expand use of telemedicine, while others are focused on improving support in specific clinical areas such as asthma.

Incentive payments are linked to the achievement of predetermined metrics and milestones. What is more, the programme is now coming to the end of its third full year and is on target for its overall objective.

This is a maturing programme that offers all sorts of learning points for the NHS – from individual projects and the metrics used to the overall programme structure and governance arrangements. And it is not alone, with a number of other states running official and local DSRIP programmes of their own.

It is not a million miles away from NHS attempts to move to integrated care systems and new models of care, underpinned by new payment systems that see groups of providers paid for meeting whole population needs and with elements linked to outcomes. Perhaps one real difference has been New York’s and other states’ ability to find money to incentivise the transformation.

As we mixed with the multidisciplinary audience – all clearly focused on improving outcomes for their populations – it felt like we were observing something of a quiet revolution in this emerging ‘DSRIP nation’.

Don’t get me wrong, they don’t have everything right. Some of the issues they are trying to fix – such as people getting sick because they can’t afford their medication – have basically been designed out of our own system from the outset. But some of the issues are common to us all – tackling growing mental health and addiction problems and recognising the link between wider societal issues such as poverty and housing problems and health outcomes.

They certainly have an innovative outlook on how to tackle some of these areas – investment in housing projects, anyone? Or fitting air conditioning systems in the apartments of chronic obstructive pulmonary disease patients to avoid accident and emergency department attendances?

We were particularly impressed with work to better meet the needs of frequent users of healthcare services through a ‘max’ programme. This flags up where patients are admitted and looks at the back story of ‘why’. It then seeks to tackle the issues using rapid improvement techniques. It sounds a little similar to a scheme that RightCare was looking to roll out based on initial work in Blackpool. But in New York, driving this through DSRIP means that all of the 25 PPSs now have a locally tweaked max programme of their own.

Many of the programmes feature early warning systems when a client is admitted more than twice in a period. Interventions then start to establish the root social cause and support can be tailored appropriately. It’s highly interventionist, personal and probably expensive, but in the USA so is hospital care, and the programmes are likely to deliver all round value – better outcomes at overall lower costs.

Leadership is paramount in transformation programmes of this scale and New York certainly has an inspirational leader in Jason. His passion to create something that ‘makes people’s lives better’ echoes many of the things I’ve heard from our own members over the years. However, in a country where the focus is on looking after yourself, this is refreshing, honest or downright revolutionary, whatever your perspective.

Perhaps the other stand out take home message was the value of data. Staten Island is one of the state’s most advanced PPSs making great strides towards integrated care delivered through multidisciplinary teams. Its leader Joe Conte, demonstrated the powerful use of population health data analytics to both anticipate need and make changes to healthcare provision and other social services.

The NHS has this data too, but will have to find a way to get over the privacy anxieties we have about personal data to gain access to this powerful tool for improving population health.

We learnt a lot of new acronyms and our heads were spinning from trying to understand how different US approaches might work in an NHS context. But one thing was crystal clear – we have a huge amount that we could learn from the work being taken forward within the DSRIP nation.

*Thanks to Bill Gregory for his help in preparing this blog 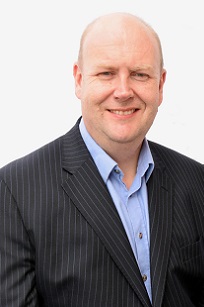