Scotland, Wales and Northern Ireland have been pursuing closer working between health and social care for years. So, what can England learn from their experience?

As the NHS long term plan sets out the ambitions for greater integrated working in England, what can the devolved nations teach us about breaking down the barriers between health and social care? The HFMA’s fourth annual integration summit, held jointly in February with CIPFA, picked up this theme and suggested that those of us in England should be careful what we wish for.

The provider commissioner split was abolished in Wales in 2009 and the number of health boards reduced from 22 to seven, although the number of local authorities remained at 22. The Wellbeing of Future Generations Act 2015 created 22 public services boards to bring public services together on a local authority footprint. This work was ground-breaking, with the UN commenting that Wales were the first country in the world to put legislation around long term sustainability. But The Social Services and Wellbeing Act 2014 created seven regional boards for local authorities to plan, with partners, how to deliver social care based around health board footprints.

From this complex base of individual organisations and integrated boards of different members, understanding where responsibility sits can be complex and agreeing where budgets should be held can be even more so. For example, the Welsh integrated care funding flows through the local health boards, but the way in which it is spent is determined by the regional partnership boards (one of the seven, not the 22).

Although budgets are allocated to the integration authorities, it gets there via the health and social care organisations, who then get it back again, but not necessarily in the same proportions (although no-one has tested that yet). Geography in Scotland adds an extra complication with north to south of the Highland Health Board being the same distance as Manchester to London, so staffing can be an issue.

So how about Northern Ireland? That system has been integrated since the 1970s, so surely it has all the answers. Well no, not entirely. Integrated health and social care trusts make it more straightforward to plan care for the population, but silos still exist as different areas of the business have different professional cultures.

The councils, while not providing social care, have responsibility for community planning, which includes housing, employment and education. Relationships between the trusts and the councils are different, but still important for the wellbeing of those who live there. All of this has to be carried out in a part of the United Kingdom that is still subject to huge media scrutiny and currently has no devolved government to make decisions around structural changes. And then there’s the whole question of cross border healthcare with the European Union.

Greater integrated working is the direction of travel for everybody, but it is difficult. First and foremost are the relationships and the trust between organisations to do the right thing for the population. It is easy to get tied up in knots with organisational form, budget holding and legislative boundaries. But at the heart of it is improving care and using resources in the best way possible.


Presentations from the HFMA/CIPFA integration summit can be viewed here 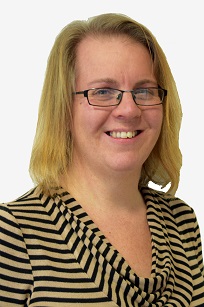