There is growing recognition that many of the wider determinants of population health and wellbeing lie outside the direct influence of the NHS. Housing, the environment, education and, of course, social care – all have a major impact on the population’s health and health behaviours. The move towards integration and the deliberate involvement of local authorities in sustainability and transformation partnerships and integrated care systems is an attempt to stop these issues being addressed in separate silos.

This move towards greater integration has led in some areas to combined leadership roles across both local government and the NHS. This has included – in a small number of areas – the appointment of chief finance officers (CFOs) to perform dual roles.

There are additional complexities for these CFOs, which is reflected in the skills and knowledge required. But the potential to deliver real improvements for local populations is significant.

CIPFA and the HFMA have worked together to publish guidance on the implications for a CFO working in a dual arrangement. The guidance builds on the existing sector specific guidance for CFOs and looks at the similarities in, and differences between, the role in health and in local government. While currently there are only a small number of CFOs with this dual role, concentrated in Greater Manchester due to devolution, it is a model that may be expanded as integration and focus on the place agenda increases.

We anticipate that the guide will be useful for:

On the face of it, the role of a CFO is broadly the same, regardless of the sector. The relative balance of activities within a particular CFO’s role will vary according to the size, type and structure of the organisation they work for, and the skills and experiences of members of the governing body and management team. Some may have roles in addition to finance such as estates or information technology.

Whatever the mix of activities, the CFO occupies a critical position in any organisation, holding the financial reins of the business and ensuring that resources are used wisely to secure positive results. Achieving value for money and securing stewardship are key components of the CFO’s role in all public service organisations. The professional and ethical standards are the same. As are the personal characteristics required to be successful in the roles.

But there are additional challenges when working as a CFO across health and local government. Some of it comes from basic things such as the different language used in each of the sectors. CIPFA and the HFMA have produced a glossary to help with this. The culture of the two sectors is likely to be the most apparent difference.

The culture is different because of the impact of democracy. Local NHS organisations are accountable to Parliament via NHS regulatory bodies and the Department of Health and Social Care. The NHS is a ‘national’ service, hierarchical in nature, with targets, requirements and approval procedures that are quite different to local government.

Local government is directly accountable to the public. Local authorities have local political leadership and the governing body is the full council. This means elected councillors agree the overall strategy and policy framework, agree the budget and spending plans, approve the statement of accounts, elect the leader and make constitutional decisions.

For NHS bodies, the board decides on the strategy and spending plans and the board is made up of executive and non-executive directors, with the CFO being a member of the board. CFOs working across local authority and health will need to understand the reasons behind the different cultures in the NHS and local government, to accommodate them and assist in bringing them together.

Finally, perhaps the most significant challenge will come from the opportunities that these joint roles will bring. Understanding the health and social care system in organisational terms is important, but equally important is an understanding of how healthcare works in the wider economic, social and environmental systems.

For example, if decisions in the local authority context can improve air quality, the health side will benefit from reduced admissions relating to chest and breathing difficulties. The CFO will influence decisions that could have either positive or negative impacts both on the local organisation and the wider economic, social and environmental systems.

The potential to make a significant impact is huge. 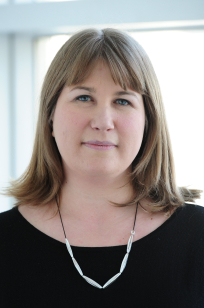