It was inevitable that implementation of the NHS long-term plan and making the best use of the five-year funding settlement would dominate discussions at the HFMA summer conference. And while speakers made clear the need for ever-greater collaboration, it was evident that some of the building blocks for reform remain unknown.

Julian Kelly (pictured)– the relatively new chief financial officer at NHS England and NHS Improvement – gave a thoughtful and wide-ranging speech, covering what he saw as the five challenges facing the service.

Capital is undeniably a growing issue, fuelled by backlog maintenance and the need for capital spending to support the transformation of care. But, in what he described as a tough way to introduce himself to the service, Mr Kelly has asked the NHS to trim their 2019/20 capital spending plans by 20%.

If it was a difficult message for him to deliver. It will no doubt be a bitter pill for many trusts. The decision to request the cut was not taken lightly. He acknowledged that some trusts have been incentivised to produce bigger surpluses with a promise that they will be able to spend this on capital development in future years. However, trusts’ capital spending plans for 2019/20 came to a total greater than the Department of Health and Social Care’s capital allocation.

Something had to be done to prevent this breach of the Department’s spending envelope. But, more importantly, it was necessary to ensure trusts with the most pressing needs – that, if not addressed, would affect patient services – could move ahead with their projects.

He would continue to make the case for greater capital funding – as well as for public health and education funding – but the NHS had to demonstrate it could meet the five financial tests set by the Treasury.

The Treasury, as guardian of the public finances, is of course entitled to this assurance, but delegates will have been left with the feeling that the service needs some certainty over the areas where no settlement has been reached.

Turning attention to the other key challenges. Mr Kelly said the NHS had to push on with medium-term planning; turning the long-term plan into actions and figuring out how the financial recovery fund will work. Collaboration – to reduce unwarranted variation, for example – and making the most of the finance function – by developing finance staff skills and networks – would be essential in delivering the long-term plan.

The number five was also central to the conference’s opening speech by King’s Fund chief analyst Siva Anandaciva (pictured). He outlined five areas of concern that threatened to derail reform – the lack of a stable base for transformation; macroeconomic issues such as the uncertainty over Brexit; funding growth that was less than needed; the provider sector deficit; and the tension between the financial stability of individual organisations and the need for collaboration at system level.

But even as a self-described pessimist, Mr Anandaciva could see reasons for optimism. These included some areas taking a realistic view of how difficult transformation will be, and the time it will take. New tiers of population and place-based working were a positive development, as was the realisation in local systems of the value of ‘doing something’, however small, to get the ball rolling.

Primary care networks (PCNs) will be one of the cornerstones of the transformed NHS envisaged by the long-term plan. Jonty Heaversedge (pictured), a GP and medical director for primary care and digital transformation at NHS England (London), said they had passed their first milestone. With PCNs now covering almost all practices, they must take the next steps in their development. However, PCNs should not focus on organisational form – they must remember they were set up to tackle inequalities, and provide personalised, preventative and proactive care, he added.

Prevention of ill health was also on Gregor Henderson’s (pictured) mind. Naturally, the Public Health England national lead for wellbeing and mental health outlined the need for concerted action on prevention. But he also tackled the widely held view that prevention measures only lead to savings in the long term. He said some interventions can realise savings in the shorter term, but he also called for a shift in mindset in how public health spending is viewed.

Clearly, there is work to be done. The NHS has received a five-year settlement, but the conference heard it had five immediate financial challenges, five areas for concern and five years to implement transformation. 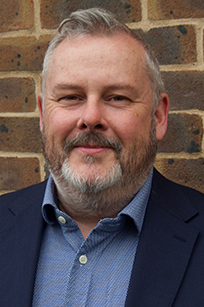