Ethical responsibility is at the heart of the accountant's role and integral to governance and accountability in the NHS. A new HFMA briefing reminds finance staff and other stakeholders of these responsibilities.

The current unprecedented NHS financial challenges have placed increased pressure on NHS finance staff. With services in general having to deliver more for less and the focus on hitting control totals, the role of the NHS finance professional has never been more important. During such difficult times it is important that accountants keep at the forefront of their minds their professional responsibility to comply with ethical standards.

Ethical responsibility is at the heart of the accountant's role and integral to governance and accountability in the NHS. While some transactions are straightforward, the preparation of financial reports and estimates requires judgement.

As Mark Orchard, HFMA immediate past president, pointed out in his Autumn 2017 blog, Under pressure: ‘NHS boards remain responsible for delivering their approved plans, and chief executives are accountable for the consequences of success or failure whether that be linked to patient safety, financial liquidity or meeting nationally determined NHS access standards. The stakes are high, and the most senior finance professionals will be under unrelenting pressure to confirm deliverability at every stage of the journey.’

Ethical pressure can mount as finance directors and their staff are all working hard to deliver challenging annual control totals, savings plans and the cash position. Also, as system working increases, there can be the conflict between doing the right thing for the system and the public compared to the impact on the individual organisation. Finance staff are often key to reporting information to the governing body or regulators. In times of financial challenge, finance staff may feel pressured to report an over positive position. This increased pressure requires a matched increase in the resilience of the NHS accountant and the importance of them to act professionally and ethically at all times.

Some of non-finance colleagues may be surprised to learn that a professional accountant’s responsibility extends beyond the organisation they work for. They also have a responsibility to act in the public interest.

With approximately 20,000 NHS finance staff currently in the United Kingdom, their ethical roles and responsibilities are invaluable. As Anton Colella, chief executive of the Institute of Chartered Accountants in Scotland (ICAS), has said ‘through their ethical behaviour, chartered accountants are a force for good in the organisations in which they work and the societies in which they live.’

In the NHS, finance staff have a responsibility to meet both the regulatory standards of the NHS and the ethical standards of professional bodies. Professional standards clearly set out the fundamental ethical principles and common threats – and these can be used to evaluate risks, put safeguards in place and determine what should or should not be decided when faced with an ethical dilemma.

Safeguards – such as training, policies, and freedom to speak up guardians – are all helpful. However, ultimately the professional accountant will need to apply judgement over what is an acceptable course of action. Transparency in processes, information and actions are key. An important key test is the reasonableness test – what would the reality of the action look like to a member of the public? If there is uncertainty, advice should be sought.

This HFMA is also developing an ethics e-learning module, which will be free to members in the near future. 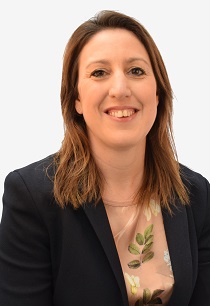