The NHS may be waiting for Treasury guidance to understand fully the implications of new accounting rules for leasing, but local bodies need to start preparing for the change now.

Most people in the finance world will be aware that things are about to change dramatically in how organisations report leases in their financial statements. The new international financial reporting standard IFRS 16 will apply for accounting periods starting after January 2019 and it is not going to be straightforward to implement.

It will take time and effort to identify contracts that contain leases and then to do the calculations to bring all assets onto the statement of financial position. For NHS bodies this new standard brings additional complications.

We won’t know the full extent of those complications until the Treasury issues its exposure draft on the application of the standard to the public sector. The exposure draft was due to be issued by the end of February, but it has been delayed.

The main reason for the delay is that the Treasury and the Office of National Statistics are still discussing how they can deal with the misalignment between IFRS 16 and the European System of Accounts, ESA 10.  The national accounts are prepared in accordance with ESA 10, which still recognises the operating/ finance lease distinction.  National budgets are also set on that basis so charges against capital departmental expenditure limits (CDEL) are based on the ESA 10 definition of capital expenditure.

Of course, public sector bodies already manage this mismatch in accounting standards in relation to private finance initiative (PFI) schemes. This has involved dual accounting – maintaining two sets of numbers. This is so that schemes accounted for in local accounts on the statement of financial position in accordance with the interpretation set out in IFRIC 12 on service concession arrangements can be taken off the statement for national accounts purposes.

As there are a relatively small number of PFI schemes, this is a manageable solution albeit time consuming for those involved.  For leases, dual accounting will not be such a workable solution.  The Treasury undertook an impact analysis survey – respondents to that survey found around 55,000 leases in the public sector.  This is likely to be an under estimate as the response rate was not 100%.

Currently, NHS bodies use leases as a way to access assets without using scarce capital resources.  Contracts that currently have no impact on CDEL will be counted as capital expenditure going forward, unless the rules are changed. The already stretched CDEL is likely to break under the strain.  Again, this is a problem which can only be solved by the Treasury and the ONS.

It would be easy to say that it isn’t worth taking any action on leases until these issues are resolved.  However, there is plenty that can, and needs to be done, locally.

The standard gives various options to ease the application of the standard and the choices NHS bodies can make are likely to be mandated by the centre. But, when all is said and done, each NHS body will need to identify all of its leases and gather the information needed to undertake the necessary calculations to get the right of use asset and liability on the statement of financial position.

As currently the accounting treatment for leases and managed service contracts are the same, it is probably fair to say that an IFRIC 4 assessment of whether those service contracts contain a lease has not been high on the priority list.  Under IFRS 16, the key question changes from ‘is it operating or finance?’ to ‘is it a lease or not?’  Going forward this analysis will be critical and should be being applied to all contracts that involve the use of an asset. The jury is still out on whether this has to be done retrospectively or not – the standard assumes that a full IFRIC 4 assessment has been undertaken, it will be for NHS bodies and their auditors to decide what action to take where this is not the case.

The HFMA briefing on leases has been updated to take account of the latest information from the Financial Reporting Advisory Board (FRAB) meetings as well as the issues raised at the recent pre-accounts planning conferences.  It will be updated as further guidance is issued and we are about to start work on developing some worked examples to expand it still further.

Accounting for leases: application of IFRS 16 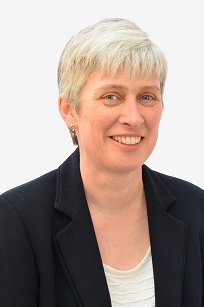 No excuses for not tackling underlying problems, warns PAC