Being open about fraud

Being open about fraud

Campaign aims to promote openness and honesty about fraud

Above all, fraudsters would rather that charities are vulnerable to exploitation and do not develop a strong counter fraud culture that protects the valuable funds, good will and trust invested in the sector.

When fraud happens in charities it is particularly damaging – not only do good causes lose out, but the morale of staff, volunteers, supporters, and public trust in charities, can all take a serious hit. So we must all work together.

That is why the Charity Commission, the Fraud Advisory Panel and Charities Against Fraud (a partnership of over 40 charities, regulators and charitable professional bodies) are launching the fourth Charity Fraud Awareness Week.

Running 21-25 October, Charity Fraud Awareness Week 2019 promotes openness and honesty about fraud. It brings together the charity and not-for-profit-sector to raise awareness and share good practice. It is an opportunity for trustees, employees, volunteers and the wider public to learn more about the growing threat from fraud and to highlight the good work of those charities that are successfully tackling fraud and reducing the harm it causes.

Last year’s charity fraud awareness campaign resulted in over 20 million social media impressions. Our 2018 online survey found that 93% of the public now believe that it is extremely important that charities, including NHS charities, play their part in the fight against fraud. Clearly the wider public wants and expects charities to tackle fraud.

It is encouraging that each year, more and more charities have become involved. In 2018 some charities ran their own awareness week, aligned with the national campaign; many others shared the accompanying free webinars and guidance produced. What’s more, a number of charities made submissions for the third annual Charities Against Fraud Awards. These actions demonstrate the type of clear commitment and strong tone from the sector that the wider public, beneficiaries, donors (and of course, the regulator) increasingly want to see.

For Charity Fraud Awareness Week 2019, there will again be a series of free webinars, online discussions, Q&A opportunities with experts, help sheets and checklists, about current and emerging fraud threats (see How to get involved below). These have been developed by charities, for charities, and I encourage you to share and learn from the good work of many charities in the fight against fraud. If I have one message to you, it is take action now - do not wait to become a victim of fraud.

Charities are strongly encouraged to actively support the week via social media and their own trusted networks. There is a campaign supporters’ pack to download that can be tailored for the specific fraud risks that NHS charities face.

How to get involved 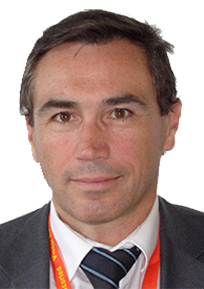