I was recently invited to attend the Australian HFMA’s annual national congress. Representing the UK HFMA, my task was to give a presentation on how the UK was meeting current challenges and to take part in an international panel session looking at the impact of innovation on healthcare.

I got so much more out of it than I expected. I’ve learnt a lot about the similarities and differences between our two healthcare systems and it has definitely changed my perspective.

First, let’s talk about geography. It is probably worth underlining just how big the country is and how small the population is in relative terms. Challenging our own definitions on rurality, Australia’s roughly 24 million population is far from equally distributed across the entire and huge landmass.

So there are some major contrasts. In Adelaide, Melbourne and Sydney, healthcare delivery looks very similar to that in a major UK city.  But, the issues faced by, for example, Alice Springs in Central Australia, can be very different – such as the large social and economic dislocation of indigenous Australians and the need to establish their trust in Western medicine.

In Alice Springs, the healthcare facility is blessed each year by Aboriginal elders to encourage visits to hospitals and clinics.  This is a different challenge to those faced in the new public private partnership-financed Melbourne Children’s Hospital (pictured), which I visited. This truly extraordinary facility is carrying out paediatric heart replacement for much of both Australia and New Zealand. 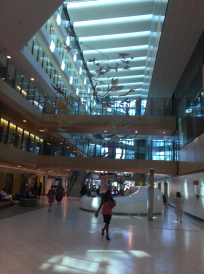 A second observation would be that there are significant similarities between the Australian and English organisational approaches to healthcare financing and delivery – and the challenges they create.  The ‘who pays’ models are similar, with roles for state, insured and self-pay – albeit with more insurance and self-pay in Australia than in the UK system.

In the UK, nearly 84% of healthcare is publically funded, while this falls to 67% in Australia.  The relationship between services purchased at government level, in the federal system and through self-insurance was slightly difficult for me to track.  But the difference between state and federal commissioning seemed broadly akin to NHS England commissioning some primary care and specialist services, while clinical commissioning groups lead on other services.

The payment mechanism for acute care focuses on episodes, but there is talk of activity capping, at the point when the state annual funding runs out.

Third, it was evident that there are some absolute similarities in the challenges facing all international healthcare systems in meeting the demands of ageing populations and funding fast changing technology.

US colleagues, also participating in the conference, noted their eye-watering share of GDP devoted to health (more than 17%, according to Organisation for Economic Co-operation and Development* figures) with no proportionate improvement in outcomes, when compared to UK and Australia (both around the 9.5% mark).  Much of the conference talk was about moves to population health and better upstream intervention to manage this cost escalation.  There were also many conversations on the approach to technology adoption for self-management of health and well-being – to enable a sustained move to a more responsive and efficient service.

There was also a call for an improved and more coherent system-wide plan, which interestingly most vocally originated from some of the private healthcare providers at the Australian conference.  This conversation certainly chimed with the English approach on sustainability and transformation plans/partnerships.  However the system planning point is potentially made more complex by the provider landscape in Australia. Similar to the USA, Australia has a potentially more complex mix of for-profit and not-for-profit, as well as state providers, than the UK system.

When presenting on the UK system, reflecting more broadly on the international difference in the systems, I used the Kings Fund animation on how the UK system is organised.  In talking about the structure that has emerged from the Lansley reforms in England, the audience response was an almost palpable: ‘why do you organise yourselves in that over-complicated way?’

There was greater appreciation of what we have achieved in terms of clinical engagement in management approaches, through service line management (SLM), and also our progress with initiatives such as the Model Hospital.

Two of my favourite presentations came from the USA.  The first from Kaiser Permanente, which was essentially describing what may become possible when you have an integrated insurer and payer model that also controls all elements of the delivery/supplier chain.  It is able to move more of its focus on to prevention and primary care as it controls it all.  The second was from Hewlett Packard on how we can get better at our approaches to implementing new technology in health. This signalled some of the high tech, low cost innovative solutions that might just be round the corner.

Their evening galas featured awards for best chief finance officer hula-hoop master and juggler.  They might just be a bit better than us at not taking themselves too seriously, which we could perhaps learn from.  There was also a great and practical session on the use of emotional intelligence in the workplace.

Thanks to the Australian HFMA for all its hospitality.  This short piece is helping slightly with assuaging the guilt I feel for not being in the office for a whole week.  It demonstrated to me though, that we might just need to go further afield to find some wider solutions to how we keep the UK NHS sustainable. I’ll remain in touch with a number of new colleagues, on the basis of the trip, as we have a lot to learn from each other. 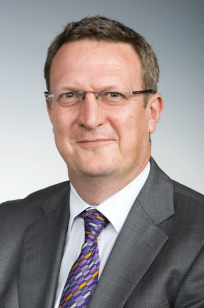 Response to the consultation on specialised services’ needs-based allocations methodology

ICS stories: closing the data-action gap for patient and population health management in Cheshire and Merseyside