A step towards a more long-term view

A step towards a more long-term view

What struck me about the report by the Lords Select Committee on Sustainability in the NHS was the level of agreement it highlighted among those giving evidence – including the HFMA.

This agreement covered both the current challenges and the vision of where the health system should be heading over the longer term.

The future service envisaged by contributors to the inquiry would have ‘effective primary and community services, secondary services free from inappropriate use, and more joined-up working between health and social care services’.

There was also agreement that the Five-year forward view – a refresh of which was published at the end of March effectively covering the next two years – points the health service in the right general direction. But the Lords' report raised concern that strategic planning for the future health service stops when the Five-year window closes. Describing this lack of longer-term planning as ‘short-sighted’, it said that failure to plan beyond 2020 actually puts any progress achieved through the forward view at risk.

It was good to see many of the points the association made in its written evidence to the Lords Select Committee reflected in the final report – and to hear that there was a broad consensus around this diagnosis of current problems and what needs to change.

The need for greater integration and a much greater emphasis on public health were two of the common themes. It has long been recognised that both of these issues have to be addressed and yet progress has simply not been fast enough.

Back in the early 2000s, the Wanless report’s fully engaged scenario was built on a much bigger role for public health and prevention. The Five-year forward view itself based its assumptions of what the NHS could save to make up the estimated £30bn funding gap on a ‘radical upgrade in prevention and public health’.

As the Association of Medical Royal Colleges pointed out in its evidence, this upgrade has failed to materialise – instead we’ve seen cuts to public health budgets.

Public health is a slow burn issue – investment now, in many cases, will have benefits several years downstream. It doesn’t fit comfortably with the much shorter term focus adopted by government – successive governments not just the current incumbent. But it is this kind of decision that is at the heart of making the service sustainable.

If we can’t look beyond the immediate future, the future vision of a transformed service – which enjoys such a big consensus – will stay tantalisingly out of reach.

This is not just a challenge for the government and system leaders. Local health economies need to rise to the challenge with their sustainability and transformation plans (STPs) – really identifying the issues that need to be addressed to deliver sustainable services locally over the long term. Crucially they need to look beyond the implications for individual organisations within this transformation.

And vanguards – as part of STPs or in parallel to them – also need to take this broad view as they revise existing patient pathways.

But it is hard not to see the attraction of the Lords’ recommendation for a national Office for Budget Responsibility-type body – an Office for Health and Care Sustainability. Independent from government, this body could surely help keep everybody – the public, the NHS, the government and opposition parties – focused much more on the long term direction of travel as well as the short term operational necessities.

Offering a sort of ongoing, continuous Wanless-style horizon scan, it might provide a yardstick against which to measure how short-term policies help move us towards our agreed goal. It would be a bold political step, but it might just be the right one. 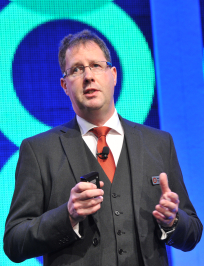